"Every natural being in the world has a pulse, rhythm, and pattern expressed in a variety of ways. Music is an example; it is an integral component of human existence that knows no boundaries. It enhances our reasoning, our emotions, and our intelligence." ​-Blake Leopold 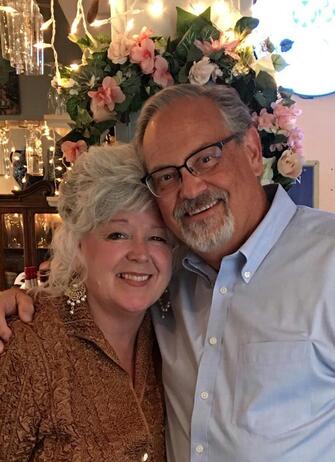 At this point there weren’t many music schools in south Tampa for young singers or budding professionals-  seeing this deficit, the Leopolds opened up their own private studio, The Leopold School of Voice and Piano, in March 2000 on Armenia Avenue. They had two main goals for their business:  to provide quality voice and piano training, and to provide employment opportunities for music instructors to be paid their worth. At the time the Leopold School was run in tandem with their Brandon in-home business, but due to demand they eventually dissolved the in-home business and focused solely on The Leopold School.

In the 2000s there was an increase in high school performers that attended the studio, including students from Blake High School, Berkeley, Tampa Prep, Academy of the Holy Names, and Jesuit. ​ Many of the students from the Armenia location pursued music as a career, ranging from performers, teachers, private artists, solo singers, and songwriters. It was around this time (2002) that current Leopold director and instructors  Amanda Enriquez Greabell, Tania Enriquez Navarro, and Tatiana Kallmann began their training with Mr. Leopold.  Over the last 20 years, the Leopold School of Voice and Piano was featured 4 times on “What’s Right with Tampa Bay”, they prepared students for college, professional careers, and young artists programs abroad, and employed 20+ private music teachers.
In 2011 the studio moved to the 3603 West Azeele Street location, where it continues to reside today.

In 2015 Amanda Enriquez Greabell began her career as an instructor at the Leopold School, excited to work alongside her mentors and friends, Mr. and Mrs. Leopold. She eventually took over ownership and operations in 2018 while Mr. and Mrs. Leopold have since fulfilled their dream of moving out west to Idaho. They continue their legacy of teaching and mentorship to this day, and their presence is greatly missed here in Florida. ​Without a doubt they have left their legacy for musical excellence in the Tampa Bay, but beyond that, they have created a legacy of love and passion for music that has been passed on to each student over the last 28 years. 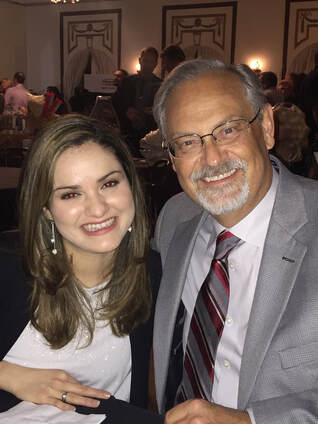 Amanda Enriquez and Blake Leopold
Apply Online
​Many of our students have received substantial scholarships to universities and colleges with some of the best music programs in the country including:
Our students are regular winners in a variety of recognized competitions: